Window Patching Machine, also named window patcher, window pasting machine, window paster, is a mechanical device used for sticking the plastic film on the cardboard or corrugated carton.It’s of course that will has some vulnerable part when it as a machine,because these part of machine will be used very frequently,and damage always happened with usage.So,today,I’m gonna to introduce some vulnerable part of our window patching machine to you to let you have a quick look to our machine. 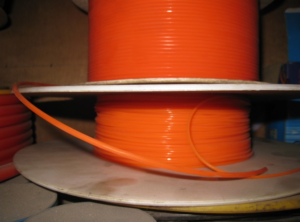 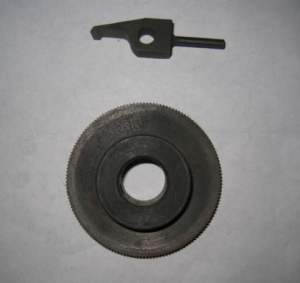 Rubber wheel is grounded on the all kinds of vehicles or machinery assembly rolling circular elastic rubber wheel products, usually mounted on a metal rim, has a supporting body. 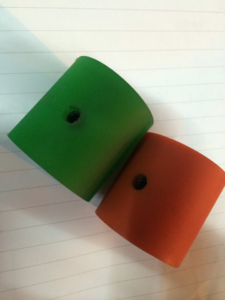 Dial Pin was installed in the end of lever, split pin tool used to pull out parts or hardware.

The Chain Group is consist of the china and the chain guide. 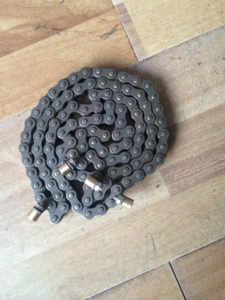 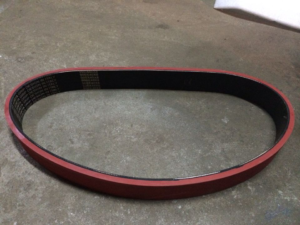 It’s used for absorbing the glue,and let glue pasting on the film as the shape of seal sponge stated.

It’s for packaging the iron near the film,in case of scraping the film.

Bakelite, plastic and rubber are commonly used in the wheel material, natural rubber wheel main widely used in industry, agriculture, national defense, traffic, transportation, machinery manufacturing, medicine and health care field and daily life, etc., is also due to the hand wheel made of this material has a strong elasticity, plasticity and good insulation, waterproof trapping, tensile and wear resistance, etc. These features are used in a wide range of applications. 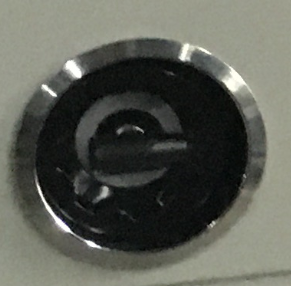 Tissue box device and mold are all vulnerable part of window patching machine,because when we using them,they would be friction frequently,such as slitting line on the film of tissue box or doing v-cut,so they will comes to be easy damaged.

Solenoid valve is the industrial equipment with electromagnetic control, is used to control fluid automation components, belong to the actuator, is not limited to hydraulic, pneumatic. Used in industrial control systems to adjust the direction, flow, speed and other parameters of the medium. Solenoid valves can be combined with different circuits to achieve the desired control, and control accuracy and flexibility can be guaranteed. There are many kinds of solenoid valves, different solenoid valves play a role in different positions of the control system, the most commonly used is the one-way valve, safety valve, direction control valve, speed control valve, etc..

It’s for controlling stop or not stop the glue flowing. 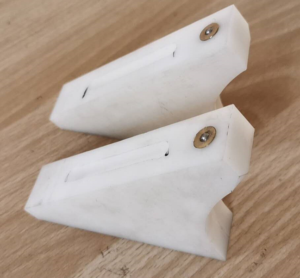 The synchronous belt is made of wire rope or glass fiber as a strong layer, covered with polyurethane or neoprene ring belt, the inner circumference of the belt is made into a tooth, so that it meshing with the tooth belt wheel. Synchronous belt transmission, accurate transmission ratio, small force on the shaft, compact structure, oil resistance, good wear resistance, good anti-aging performance, the general use of temperature -20℃ – 80℃, V <50m/s, P< 300KW, I <10, for synchronous transmission can also be used for low speed transmission.
Synchronous belt drive is composed of a circular belt with equal distance teeth on the inner surface and a corresponding wheel.
It combines the advantages of belt drive, chain drive and gear drive. During rotation, power is transmitted through the meshing of teeth and grooves of the wheel. Transmission with synchronous belt transmission has accurate transmission ratio, no slip difference, can obtain constant speed ratio, smooth transmission, can absorb vibration, low noise, transmission ratio range is large, generally up to 1:10.
Allowed linear speed up to 50M/S, power transmission from a few watts to 100 kilowatts. High transmission efficiency, generally up to 98%, compact structure, suitable for multi-axis transmission, no lubrication, no pollution, so it can not be allowed to have pollution and work in a bad environment under the normal work.
Transmission products are widely used in textile, machine tools, tobacco, communication cables, light industry, chemical industry, metallurgy, instrumentation, food, mining, petroleum, automobile and other industries in various types of mechanical transmission. 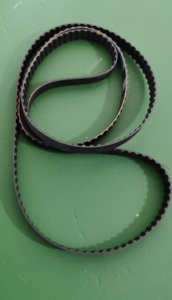 Touch screen is a kind of can receive the first input signal of induction type liquid crystal display device, when contact with the graphic buttons on the screen, the screen of the tactile feedback system according to the program of pre-programmed drive all kinds of connecting device, can be used to replace the mechanical button panel, and liquid crystal display screen by creating vivid audio effect.
Touch screen as a new computer input equipment, it is a simple, convenient, natural way of human-computer interaction. It gives multimedia a new look, is a very attractive new multimedia interactive equipment. It is mainly used in public information inquiry, industrial control, military command, electronic games, multimedia teaching and so on. 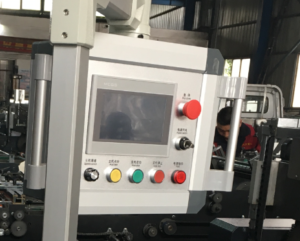 Servo motor is an engine that controls the operation of mechanical components in the servo system. It is an indirect variable speed device for auxiliary motors.
Servo motors can control speed, position accuracy is very accurate, can convert voltage signals into torque and speed to drive control objects. Servo motor rotor speed is controlled by the input signal, and can respond quickly, in the automatic control system, used as an executive element, and has the characteristics of mechanical and electrical time constant is small, high linearity, can receive the electrical signal into the motor shaft angular displacement or angular velocity output. It is divided into DC and AC servo motors. Its main characteristic is that when the signal voltage is zero, there is no rotation phenomenon, and the speed decreases uniformly with the increase of torque.

Encoder is a device that compiles signals (such as bitstreams) or data and converts them into signals that can be used for communication, transmission, and storage. The encoder converts angular displacement or linear displacement into electrical signals. The former is called a code disc, and the latter is called a code stick. Encoders can be divided into contact type and non-contact type according to the way of readout. According to the working principle, encoders can be divided into two types: incremental and absolute. Incremental encoder is to convert the displacement into periodic electrical signals, and then the electrical signals into counting pulses, with the number of pulses to represent the size of the displacement. Each position of the absolute encoder corresponds to a certain digital code, so its value is only related to the starting and ending positions of the measurement, and has nothing to do with the intermediate process of measurement.

Want to join the discussion?
Feel free to contribute!